I sleep really well last night but I woke up a few times because my lower back was killing me, not in a bad way but from yesterdays sweet workout with Frank. Soreness from a workout will never stop me so with 2 Advil later and some tiger balm rubbed into my back and I was as good as new.

I knew what I had to do today because Megan told and I am sticking to the game plan. So with 5 miles to run today I started as planned but in the middle of the run the treadmill came to a stop and I had to start all over and some personal stuff came up that was completely out of my control and all the sudden it felt like I was running in a storm.

Everything was hurting and I had one mile to go and I was going to crank the speed up from 8.06 minute mile to 7.54 minute mile and with the darkness in my mind it felt…hmmm, not impossible but close.

So when Tarik, a fellow trainer walked through the doors I begged him to stand next to me and help me push and so he did. He made sure I did not give up and when I told him I was puking he just told me to keep running and stop making a mess. I came in on 24.14 at three miles and then I already had over two miles under my belt.

Sometime we just need to use some magic to turn the negative into something positive and the storm that might have been ahead is all of a sudden less threatening! 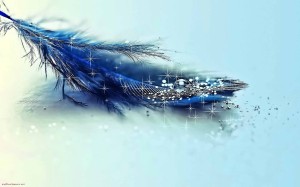 Thank you Tarik for pushing me to the end!