I did a big mistake this morning when I sent the kids to school in long pants because as soon as I got outside the door I realized it was 100% humidity in the air and as soon as I started on the warmup on the treadmill I started to “leak” like a waterfall and the workout itself was not a joke!

First out me and MrsL started doing step ups on the bench at the entrance that works as a bag rack, tying your shoes or just another piece of equipment we can use in our exercise. Next up was lunging across the gym, I think I counted to 28 then straight into a 30 sec wall-sit followed by 15 leg-extensions and hold on it’s not over yet because we lunged back across the gym then did 15 box-squats X2…phu this was just a crazy long circuit! 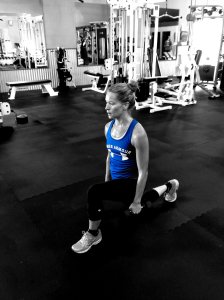 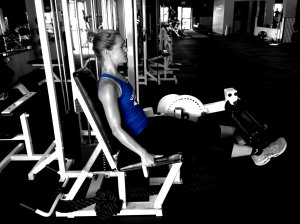 We were all prepared of doing a third set but Jonathan settled on two and none of us was complaining because when we started to think about the quads they where fairly tired. It is amazing how you mentally can push you further than what you really normally would do as long as you are prepared for it. This being said we kept on working the legs but now it was the hamstrings we attacked and we started this circuit with the Pilates ball doing 15 reps. 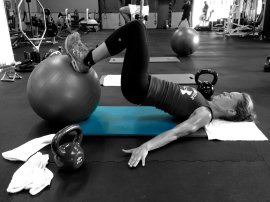 I will never forget the first time I did this in Jonathan’s “boot camp” class back in the days and I was dying after 15. The thing is now I have done it for a “while” but they still killing me because as soon you think you master a movement Jonathan will be there adjusting you so it becomes as hard as if it was the first time you ever put your foot in a gym 😉

Even though this was our “leg day” Jonathan had promised that he would make this week more of a “total body” week and he kept that promise. Not sure if I was too happy when he had us doing the overhead press, just like the one we did the on Monday because I knew they were killers! 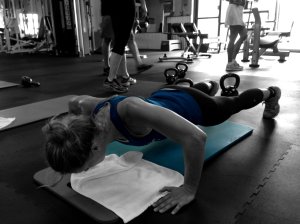 With 5 minutes left of our session and coming into the last set I had to go down in weight because once again my back started to compensate and I was totally shaking doing my final squats with biceps curls and push-ups. It was a relief stretching out all the muscles we worked for the day especially the gluts as I had not spent too much attention stretching them out from yesterdays 10k run. 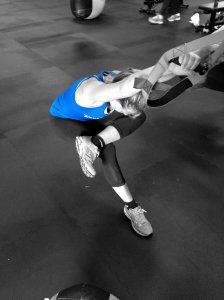